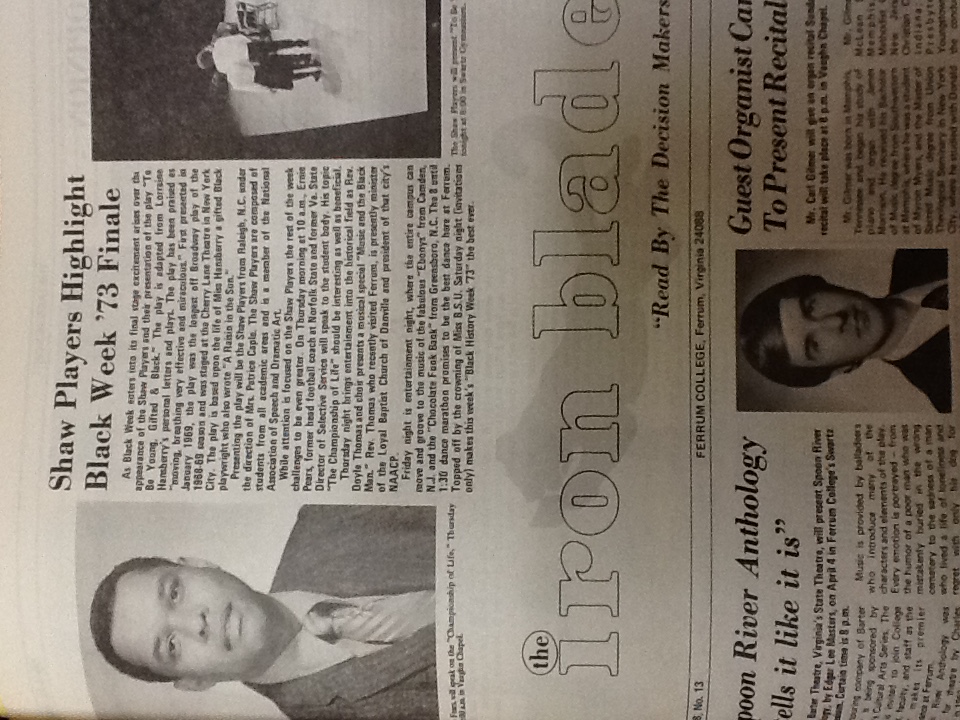 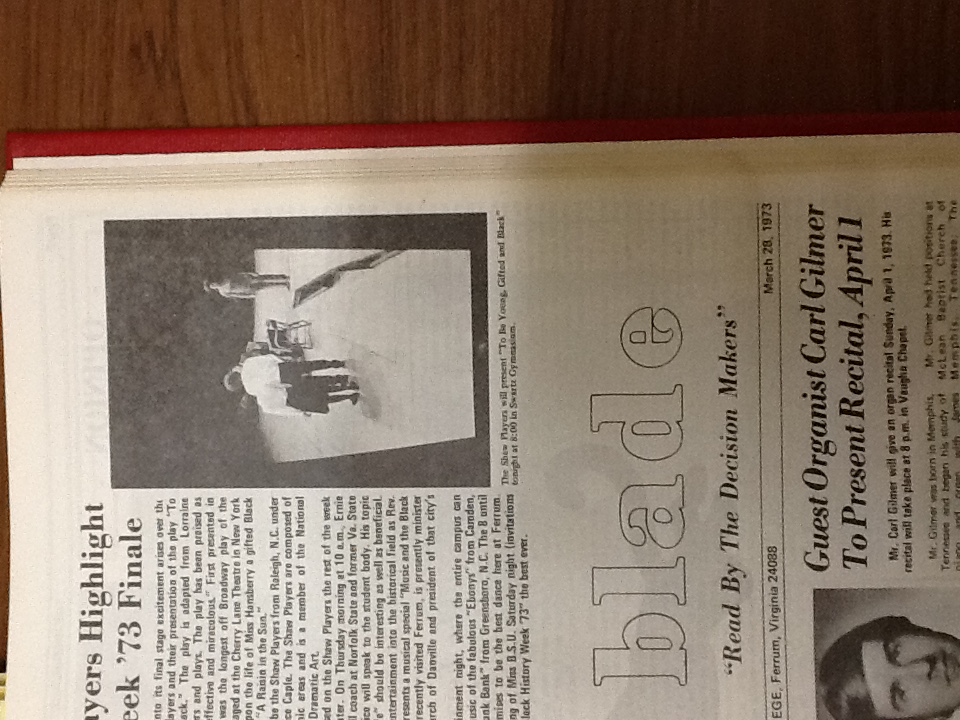 As Black Week enters into its final stage excitement arises over the appearance of the Shaw Players and their presentation of the play “To Be Young, Gifted & Black.” The play is adapted from Lorraine Hamsberry’s personal letters and plays. The play has been praised as “moving, breathing very effective and miraculous.” First presented in January 1969, the play was the longest off Broadway play of the 1968-69 season and was staged at the Cherry Lane Theatre in New York City. The play is based upon the life of Miss Hamsberry a gifted young Black playwright who also wrote “A Raisin in the Sun.”

Presenting the play will be the Shaw Players from Raleigh, N.C. under the direction of Mrs. Patrice Caple. The Shaw Players are composed of students from all academic areas and is a member of the National Association of Speech and Dramatic Art.

While attention is focused on the Shaw Players the rest of the week challenges to be even greater. On Thursday morning at 10 a.m., Ernie Pears, former head football coach at Norfolk State and former Va. State Director of Selective Service will speak to the student body. His topic “The Championship of Life'' should be interesting as well as beneficial.

Thursday night brings entertainment into the historical field as Rev. Doyle Thomas and choir presents a musical special “Music and the Black Man.” Rev. Thomas who recently visited Ferrum, is presently minister of the Loyal Baptist Church of Danville and president of that city’s NAACP.

Friday night is entertainment night, where the entire campus can move and groove to the music of the fabulous “Ebonys” from Camden, N.J. and the “Chocolate Funk Bank'' from Greensboro, N.C. The 8 until 1:30 dance marathon promises to be the best dance here at Ferrum. Topped off by the crowning of Miss B.S.U. Saturday night (invitations only) makes this week's “Black History Week ‘73” the best ever.