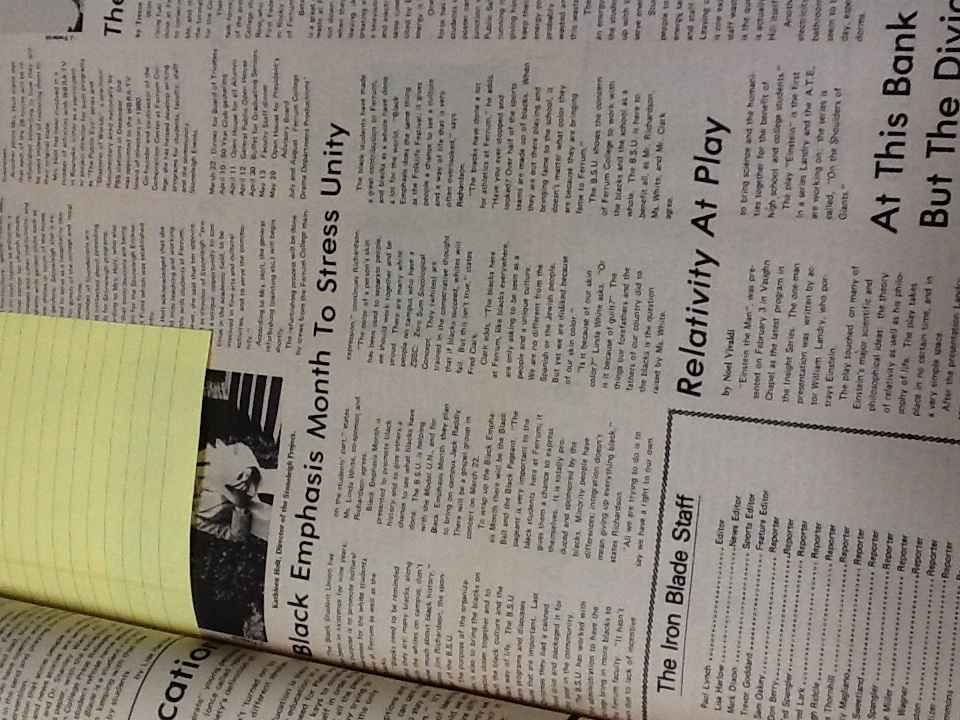 The Black Student Union has been in existence for nine years; its purpose is to promote cultural awareness for the white students here at Ferrum as well as the blacks. “Blacks need to be reminded who they are; many blacks, along with the whites on campus, don’t know much about black history,” states Jim Richardson, the sponsor of the BSU.

The purpose of the organization is also to bring the blacks on campus closer together and to teach the black culture and the black way of life. The BSU plans programs and discusses issues that are important. Last Christmas they had a canned food drive and packaged it for the poor in the community. The BSU has worked with the administration to have the college bring in more blacks to the Ferrum faculty. “It hasn’t been due to lack of incentive on the students’ part,” states Ms. Linda White, co-sponsor, and Richardson agrees.

“The pageant is very important to the black students here at Ferrum; it gives them a chance to express themselves. It is totally produced and sponsored by the blacks. Minority people have differences; integration doesn’t mean giving up everything black,” states Richardson. “All we are trying to do is to say we have a right to our own expression,” continues Richardson.