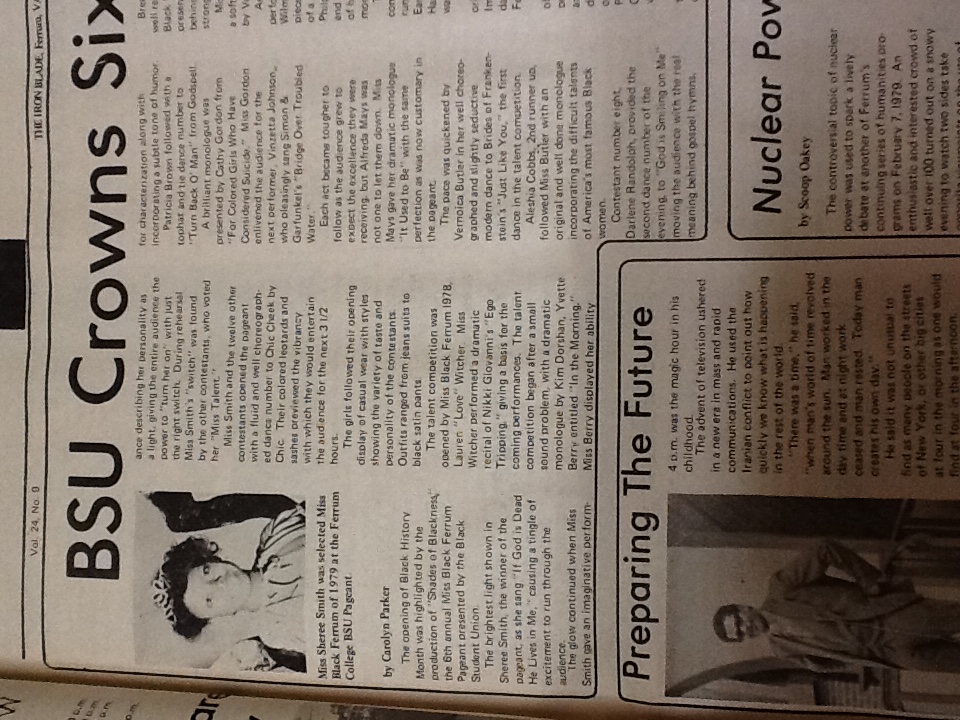 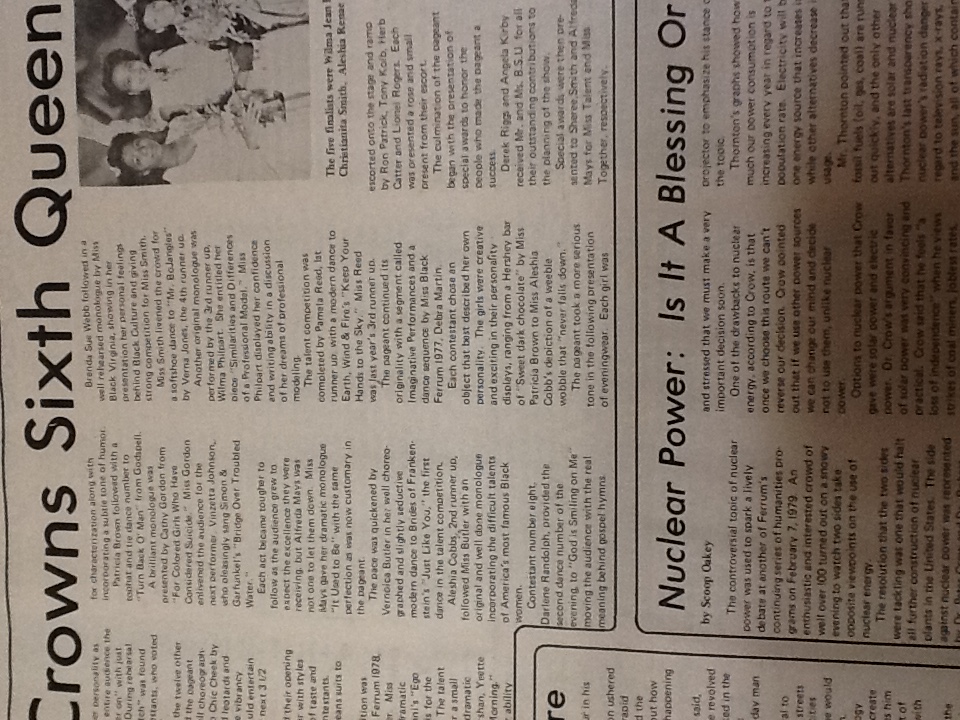 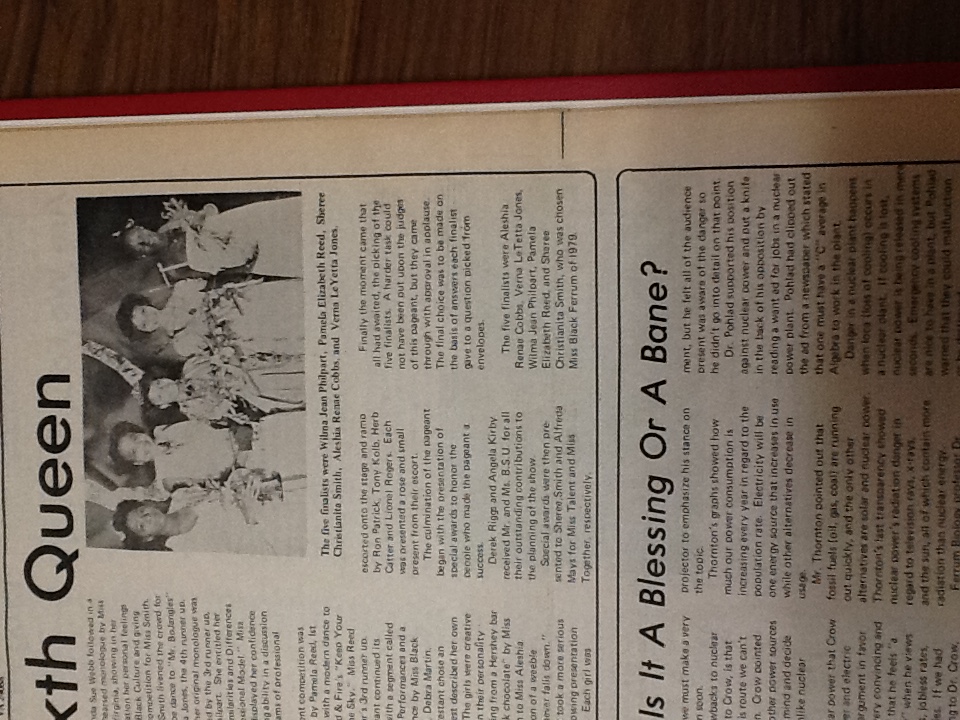 The opening of Black History was highlighted by the production of “Shades of Blackness,” the 6th annual Miss Black Ferrum Pageant presented by the Black Student Union. The brightest light shown in Sheree Smith, the winter of the pageant, as she sang “If God is Dead He Lives With Me,” causing a tingle of excitement to run through the audience. The glow continued when Miss Smith gave an imaginative performance describing her personality as a light, giving the entire audience the power to “turn her on” with just the right switch.

During rehearsal Miss Smith’s “switch” was found by the other contestants, who voted her “Miss Talent.” Miss Smith and the twelve other contestants opened the pageant with a fluid and well choreographed dance number to Chic Cheek by Chic. Their colored leotards and sashes previewed the vibrancy with which they would entertain the audience for the next 3 ½ hours. The girls followed their opening display of casual wear with styles showing the variety of taste and personality of the contestants. Outfits ranged from jeans suits to black stain pants.

The talent competition was opened by Miss Black Ferrum 1978, Lauren “Love” Witcher. Miss Witcher performed a dramatic recital of Nikki Giovanni’s “Ego Tripping,” giving a basis for the coming performances. The talent competition began after a small sound problem, with a dramatic monologue by Kim Dorshan, Yvette Berry entitled “In the Morning.” Miss Berry displayed her ability for characterization along with incorporating a subtle tone of humor. Patricia Brown followed with a top hat and tie dance number to “Turn Black O’ Man” from Godspell.

A brilliant monologue was presented by Cathy Gordon from “For Colored Girls Who Have Considered Suicide.” Miss Gordon enlivened the audience for the next performer, Vinzetta Johnson, who pleasingly sang Simon & Garfunkel’s “Bridge Over Troubled Water.” Each act became tougher to follow as the audience grew to expect the excellence they were receiving, but Alfreda Mays was not one to let them down. Miss Mays gave her dramatic monologue “It Used to Be” with the same perfection as was now customary in the pageant.

The pace was quickened by Veronica Butler in her well choreographed and slightly seductive modern dance to Brides of Frankenstein’s “Just Like You,” the first dance in the talent competition. Aleshia Cobbs, 2nd runner up, followed Miss Butler with an original and well done monologue incorporating the difficult talents of America’s most famous Black women.Contestant number eight, Darlene Randolph, provided the second dance number of the evening, to “God is Smiling on Me” moving the audience with the real meaning behind gospel hymns.