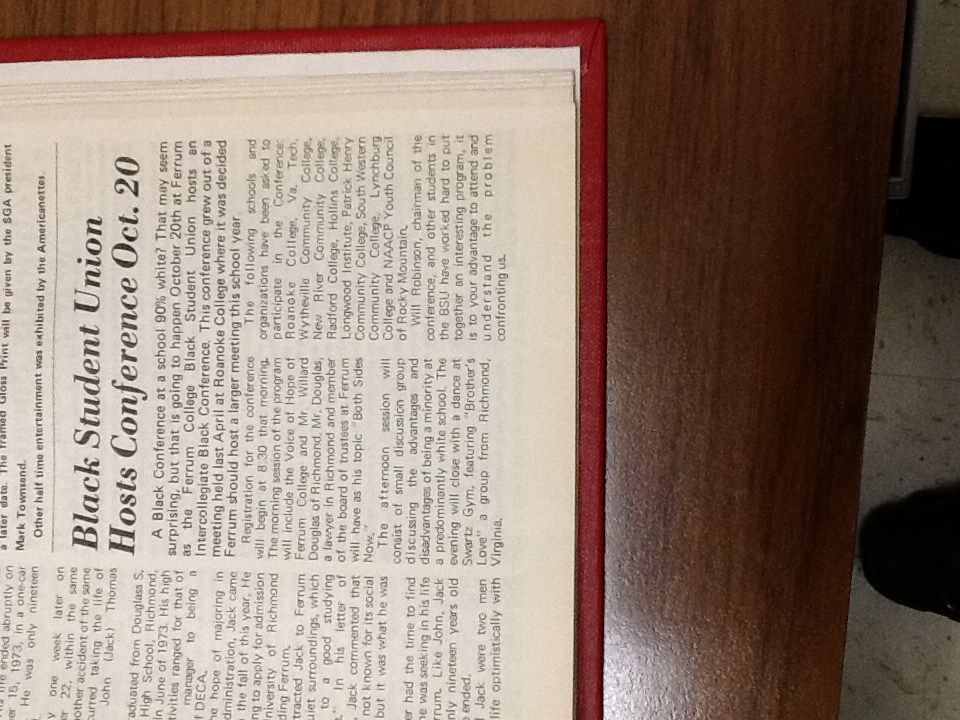 A Black Conference at a school 90% white? That may seem surprising, but that is going to happen October 20th at Ferrum as the Ferrum College Black Student Union hosts an Intercollegiate Black Conference. This conference grew out of a meeting held last April at Roanoke College where it was decided Ferrum should host a larger meeting this school year.

Registration for the conference will begin at 8:30 that morning. The morning session of the program will include the Voice of Hope of Ferrum College and Mr. Willard Douglas of Richmond. Mr. Douglas, a lawyer in Richmond and member of the board of trustees at Ferrum will have as his topic “Both Sides Now.”

The afternoon session will consist of small discussion group discussing the advantages and disadvantages of being a minority at a predominantly white school. The evening will close with a dance at Swartz Gym, featuring “Brother’s Love” a group from Richmond, Virginia.

Will Robinson, chairman of the conference, and other students in the BSU have worked hard to put together an interesting program, it is to your advantage to attend and understand the problem confronting us.