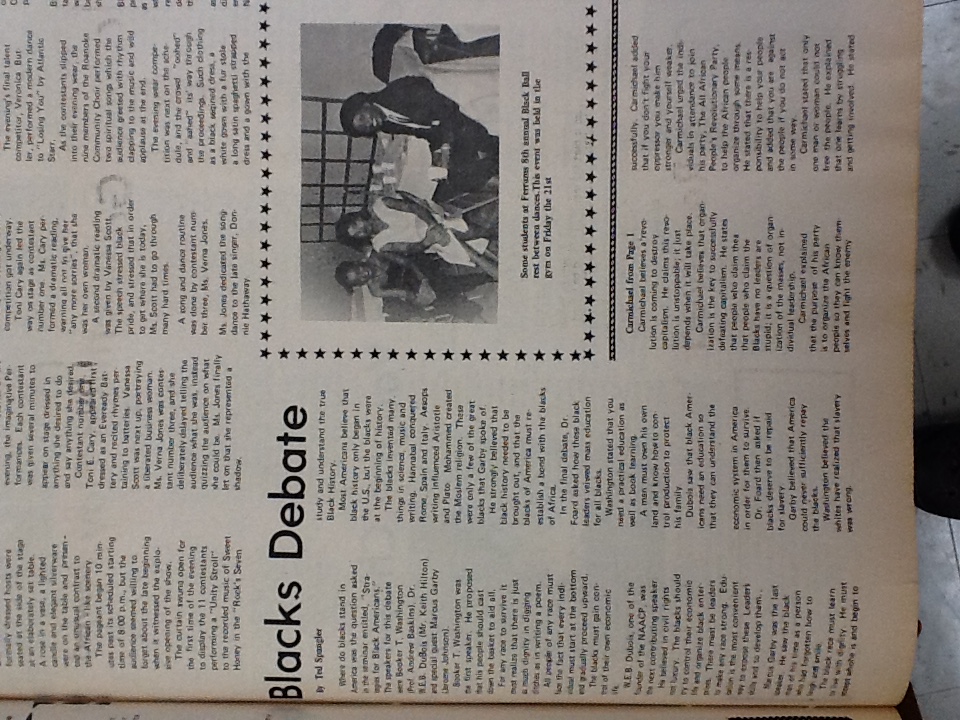 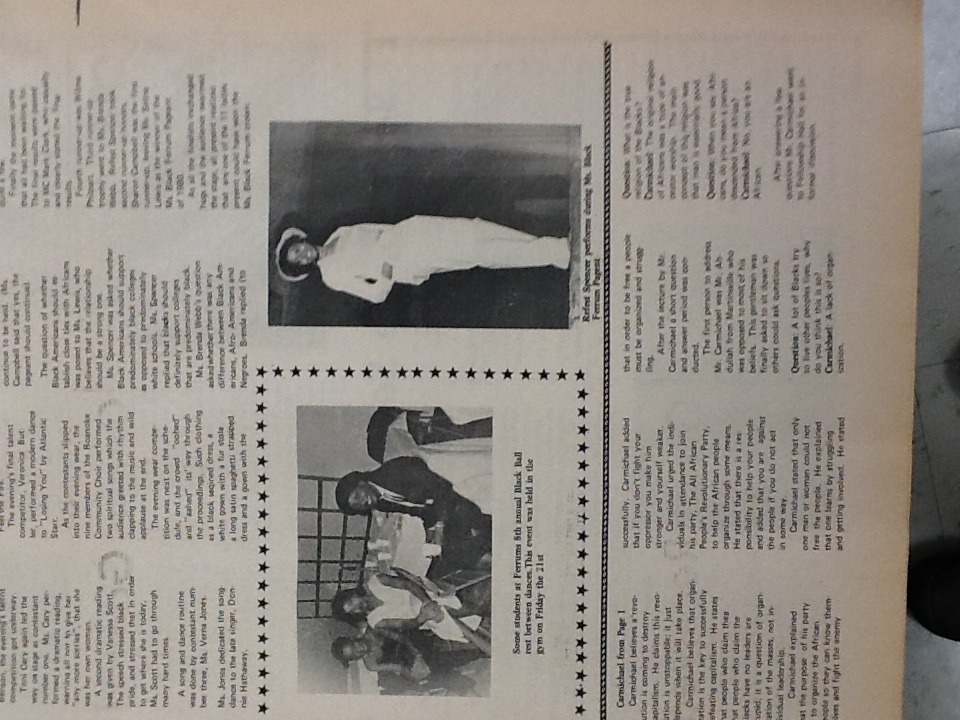 Where do blacks stand in America was the question asked in the seminar entitled, “Strategies for Black Americans.” The speaker for this debate were Booker T. Washington (Prof. Andrew Baskin), Dr. W.E.B. DuBois (Mr. Keith Hilton) and special guest Marcus Garby (Jerome Johnson).

Booker T. Washington was the first speaker. He proposed that his people should cast down the basket to aid all. For any race to survive it must realize that there is just as much dignity in digging ditches as in writing a poem. All people of any race must face the fact that every individual must start at the bottom and gradually proceed upward. The blacks must gain control of their own economic life.

W.E.B. DuBois, one of the founders of the NAACP, was the next contributing speaker. He believed in civil rights not luxury. The blacks should try to control their economic life and organize black enterprises. There must be leaders to make any race strong. Education is the most convenient way to expose these leaders' skills and to develop them.

Marcus Garby was the last speaker. He saw the black man of his time as a person who had forgotten how to laugh and smile. The black race must learn to live with dignity. He must accept who he is and begin to study and understand the true Black History.

Most Americans believe that black history only began in the U.S., but the blacks were at the beginning of history. The blacks invented many things in science, music and writing. Hannibal conquered Rome, Spain and Italy. Aesop's writing influenced Aristotle and Plato. Mohammed created the Moslem religion. These were only a few of the great blacks that Garby spoke of. He strongly believed that black history needed to be brought out, and that the blacks of America must establish a bond with the blacks of Africa.

In the final debate, Dr. Foard asked how these black leaders viewed mass education for all blacks. Washington stated that you need a practical education as well as book learning. A man must own his own land and know how to control production to protect his family. DuBois saw that black Americans needed an education so that they can understand the economic system in America in order for them to survive. Dr. Foard then asked if blacks deserve to be repaid for slavery. Garby believed that America could never sufficiently repay the blacks. Washington believed the whites have realized that slavery was wrong.