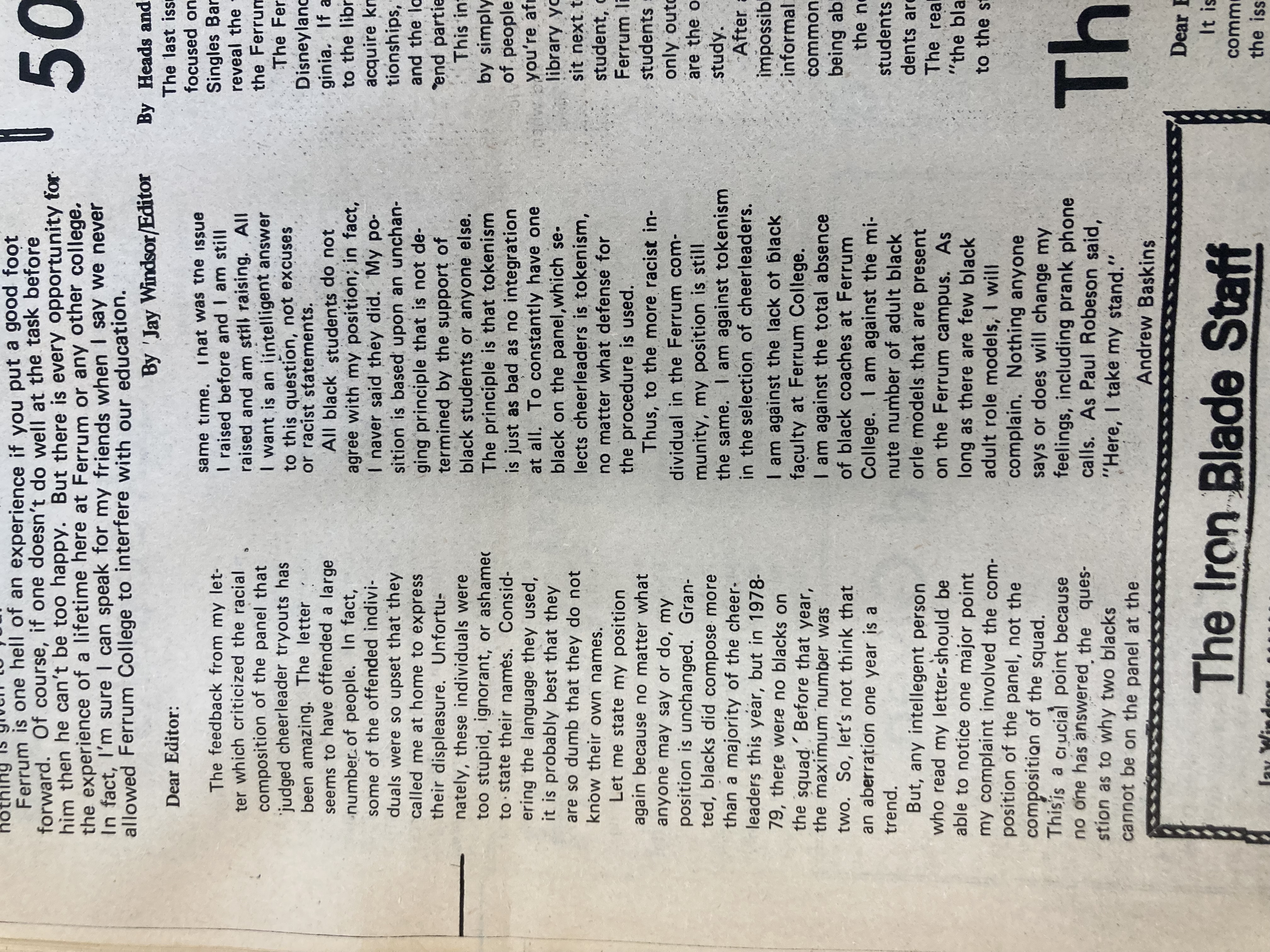 The feedback from my letter which criticized the racial composition of the panel that judged cheerleader tryouts has been amazing. The letter seems to have offended a large number of people. In fact, some of the offended individuals were so upset that they called me at home to express their displeasure. Unfortunately, these individuals were too stupid, ignorant, or ashamed to state their names. Considering the language they used, it is probably best that they are so dumb that they do not know their own names.

Let me state my position again because no matter what anyone may say or do, my position is unchanged. Granted, blacks did compose more than a majority of the cheerleaders this year, but in 1978-79, there were no blacks on the squad. Before that year, the maximum number was two. So, let’s not think that an aberration of one year is a trend. But, any intelligent person who read my letter should be able to notice one major point my complaint involved the composition of the panel, not the composition of the squad. This is a crucial point because no one has answered the question as to why two blacks cannot be on the panel at the same time.

That was the issue I raised before and I am still raised and am still raising. All I want is an intelligent answer to this question, not excuses or racist statements. All black students do not agree with my position; in fact, I never said they did. My position is based upon an unchanging principle that is not determined by the support of black students or anyone else. The principle is that tokenism is just as bad as no integration at all. To constantly have one black on the panel, which selects cheerleaders is tokenism, no matter what defense for the procedure is used.