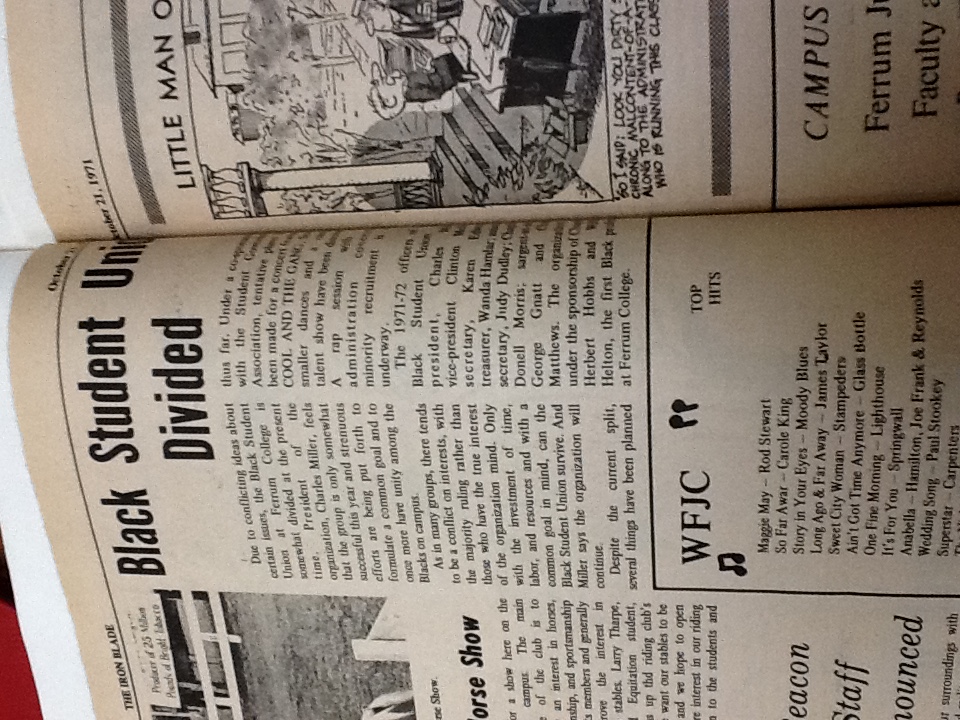 Due to conflicting ideas about certain issues, the Black Student Union at Ferrum College is somewhat divided at the present time. President of the organization, Charles Miller, feels that the group is only somewhat successful this year and strenuous efforts are being put forth to formulate a common goal and to once more have unity among the Blacks on campus.

As in many groups, there tends to be conflict on interests, with the majority ruling rather than those who have the true interest of the organization in mind. Only with the investment of time, labor, and resources and with a common goal in mind, can the Black Student Union survive. And Miller says the organization will continue.

Despite the current split, several things have been planned thus far. Under a co-sponsorship with the Student Government Association tentative plans have been made for a concert featuring Cool And The Gang. Several smaller dances and a campus talent show have been discussed. A rap session with the administration concerning minority recruitment is also underway.