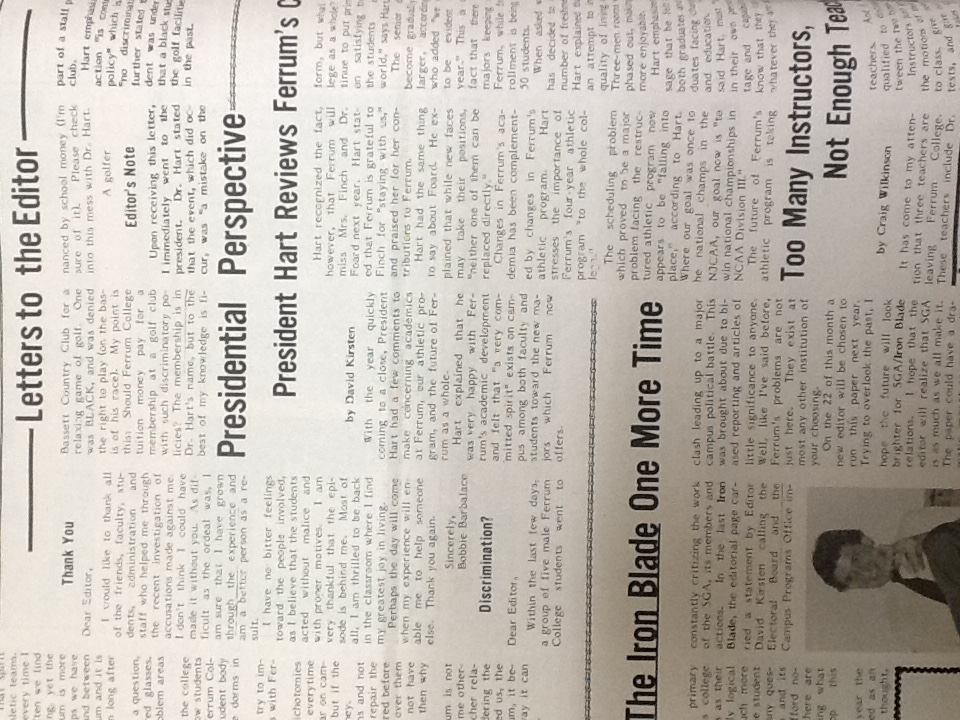 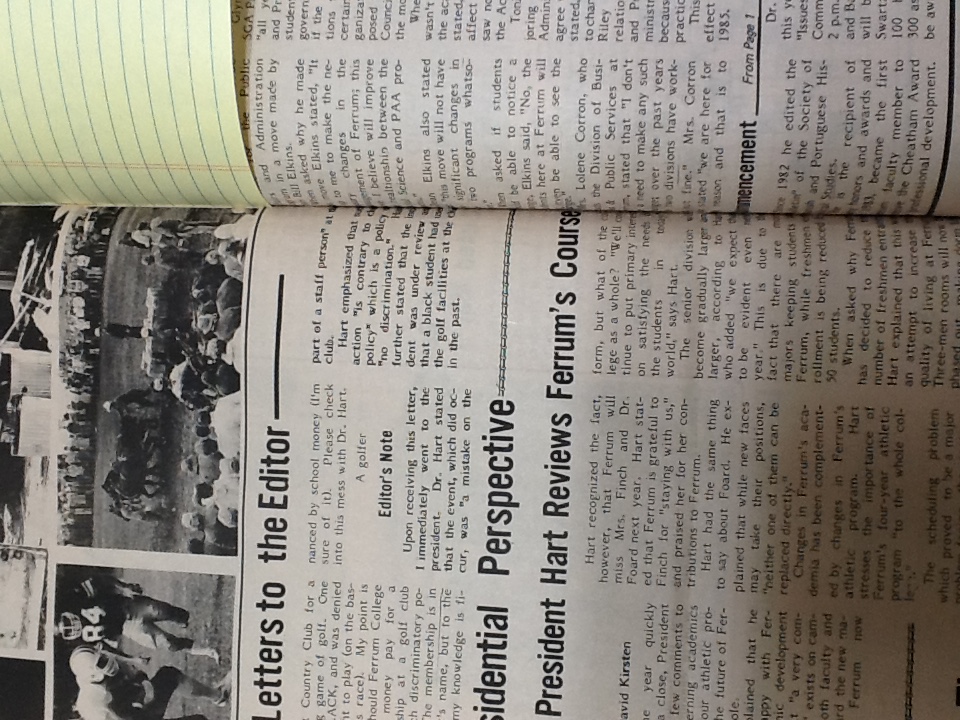 Within the last few days, a group of five male Ferrum College students went to Bassett Country Club for a relaxing game of golf. One was BLACK, and was denied the right to play (on the basis of his race). My point is this: Should Ferrum College tuition money pay for a membership at a golf club with such discriminatory policies? The membership is in Dr. Hart’s name, but to the best of my knowledge is financed by school money (I’m sure of it). Please check into this mess with Dr. Hart.

Editor’s Note: Upon receiving this letter, I immediately went to the president. Dr. Hart stated that the event, which did occur, was “a mistake on the part of a staff person” at the club. Hart emphasized that such action “is contrary to club policy” which is a policy of “no discrimination.” Hart further stated that the incident was under review and that a black student had used the golf facilities at the club in the past.