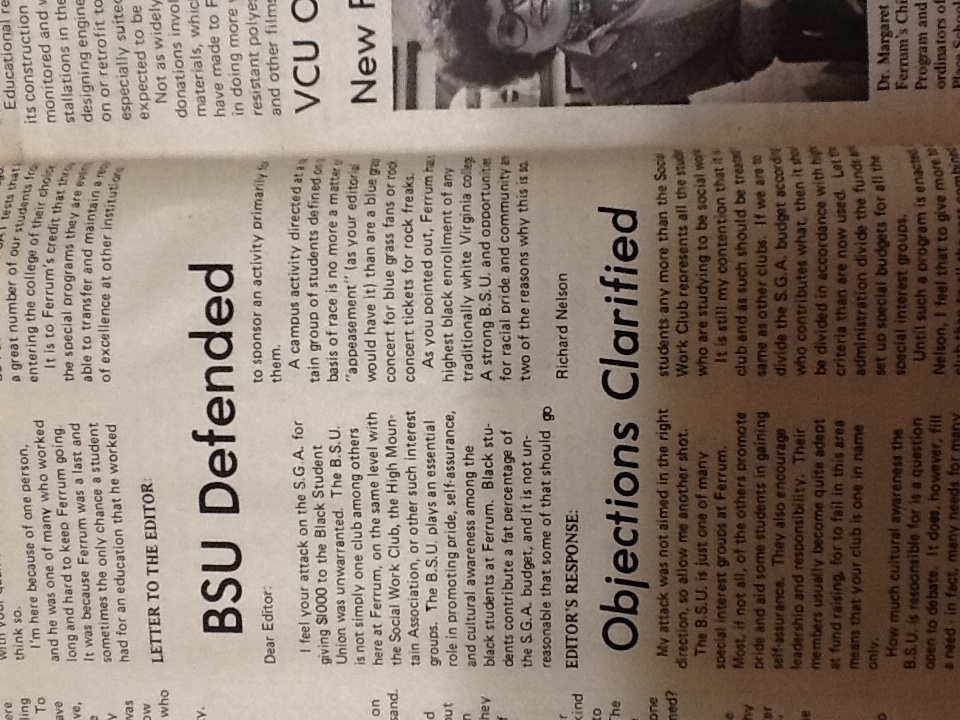 I feel your attack on the S.G.A. for giving $1000 to the Black Student Union was unwarranted. The B.S.U. is not simply one club among others here at Ferrum, on the same level with the Social Work Club, the High Mountain Association, or other such interest groups. The B.S.U. plays an essential role in promoting pride, self-assurance, and cultural awareness among the black students at Ferrum. Black students contribute a fat percentage of the S.G.A. budget, and it is not unreasonable that some of that should go to sponsor an activity primarily for them.

A campus activity directed at a certain group of students defined on the basis of race is no more a matter of “appeasement” (as your editorial would have it) than are a bluegrass concert for bluegrass fans or rock concert tickets for rock freaks.

As you pointed out, Ferrum has the highest black enrollment of any traditionally white Virginia college. A strong B.S.U. and opportunities for racial pride and community are two of the reasons why this is so.