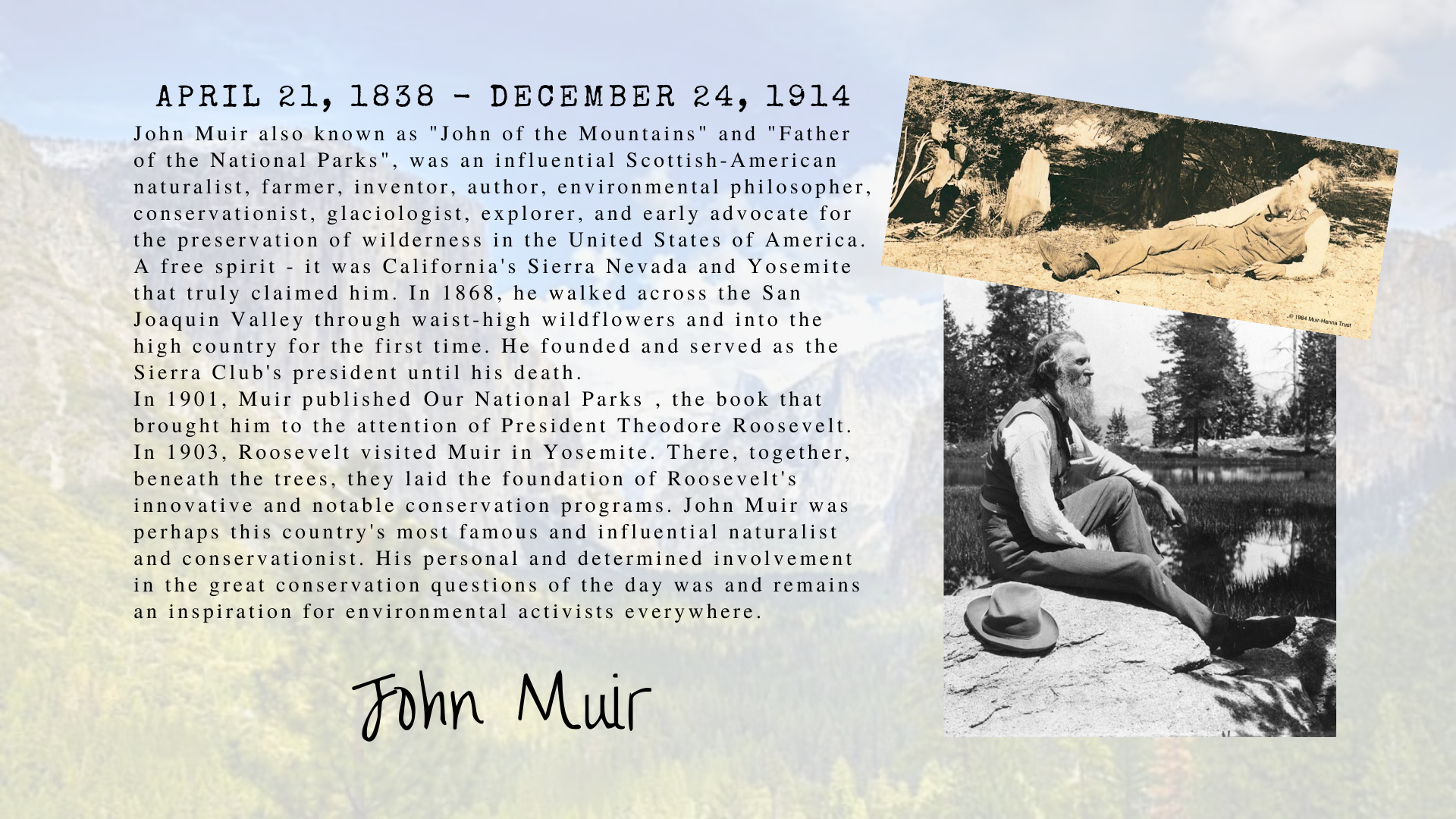 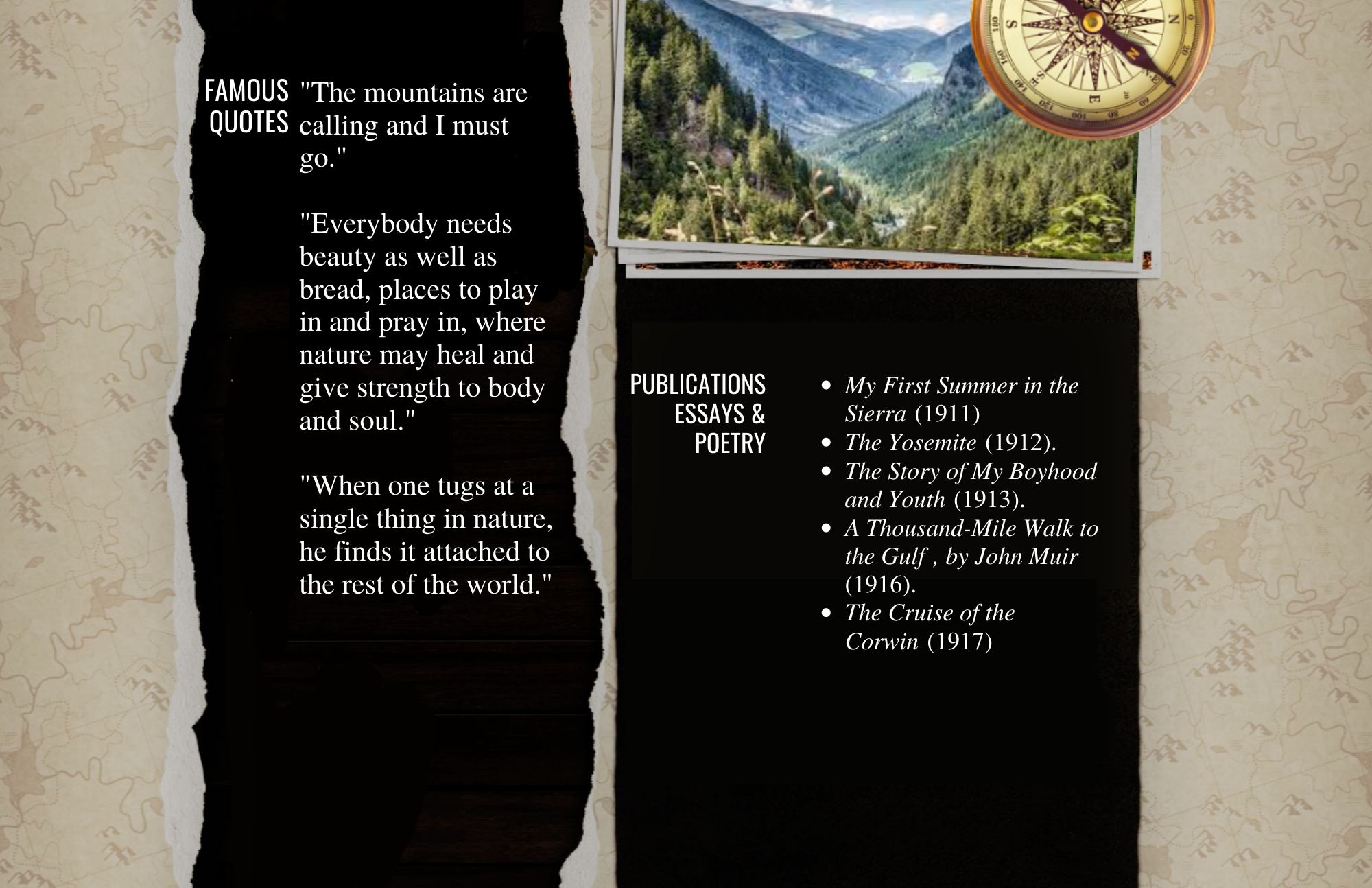 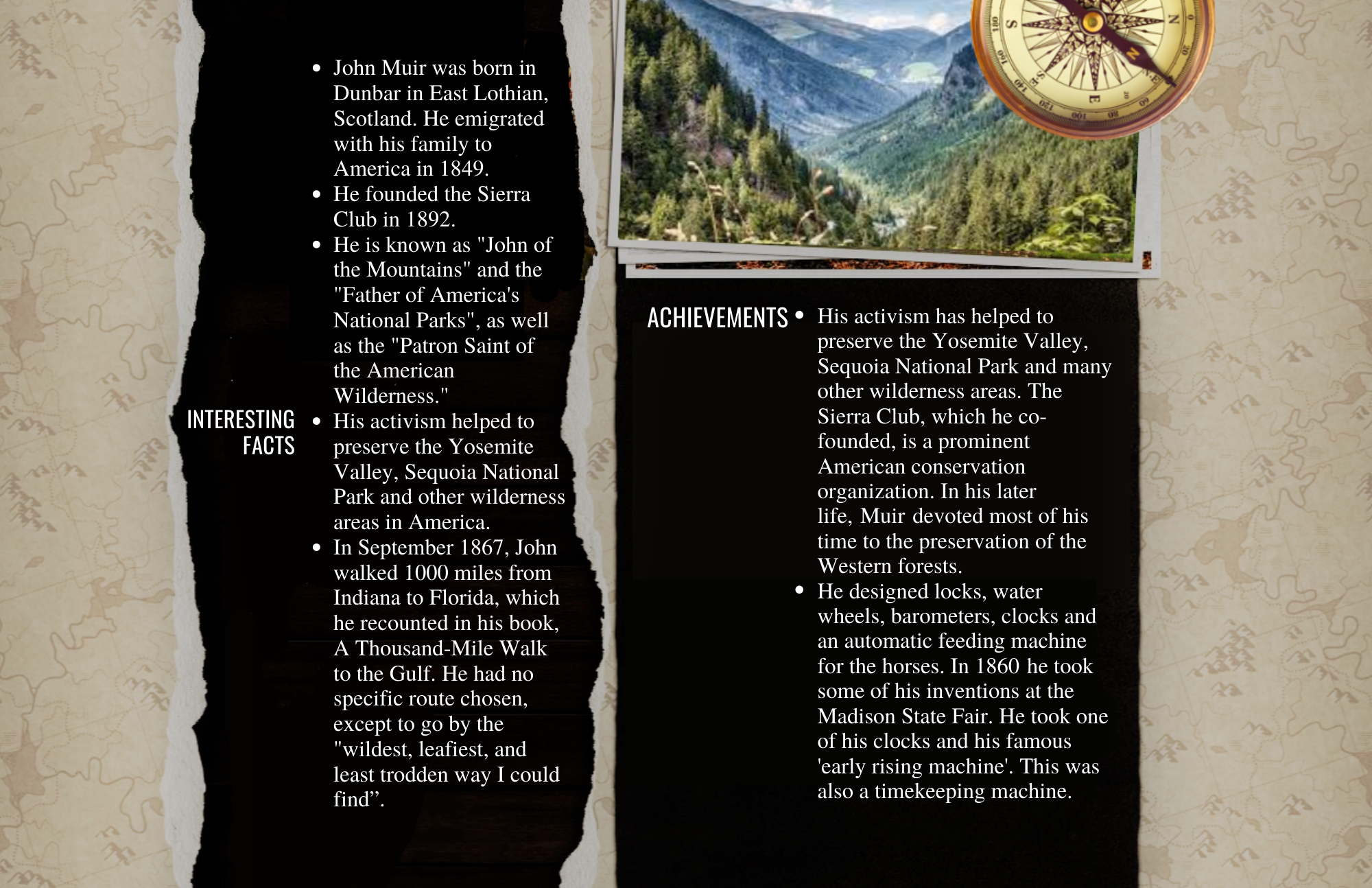 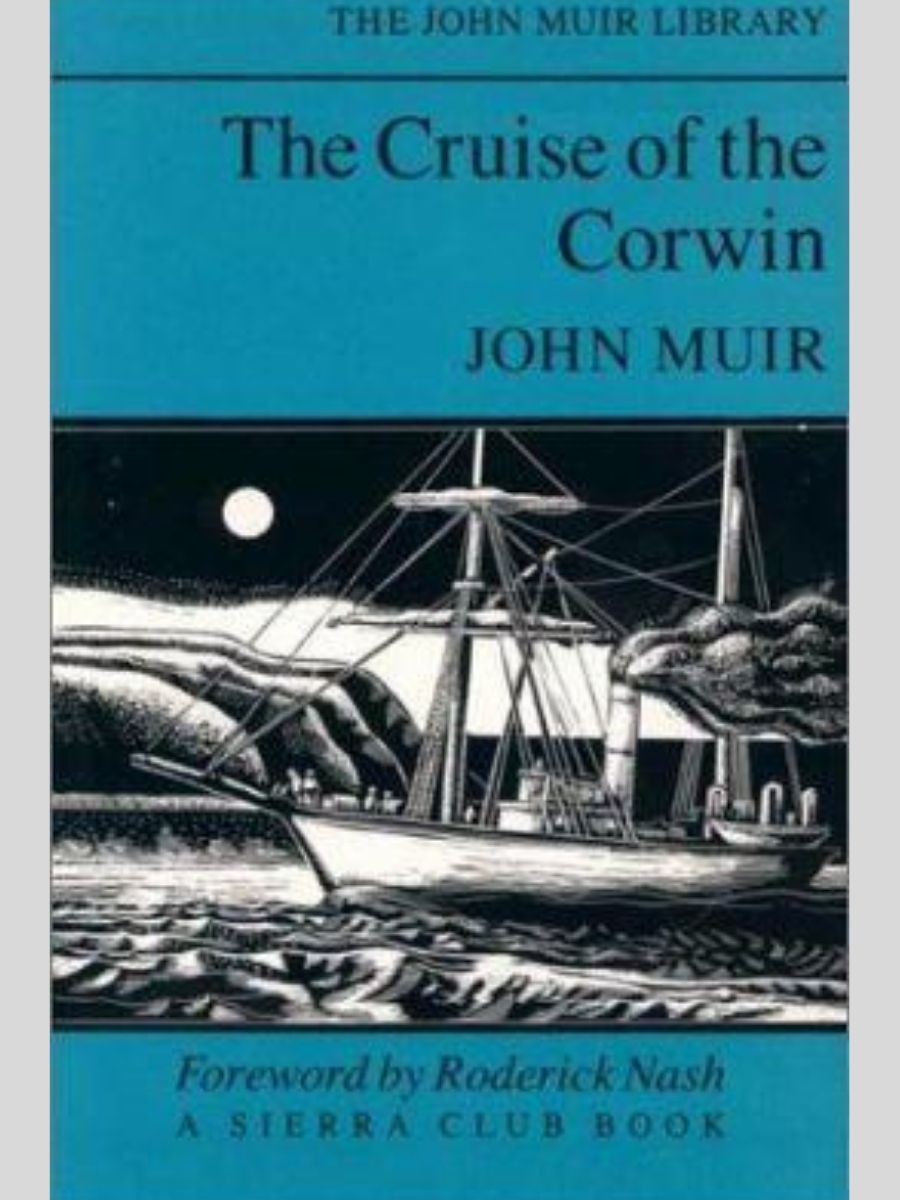 The Cruise of the Corwin

"He was instrumental in the creation and passage of the National Parks Act, and founder of the Sierra Club, acting as its president until his death. Muir was a spirit so free that all he did to prepare for an expedition was to "throw some tea and bread into an old sack and jump the back fence." 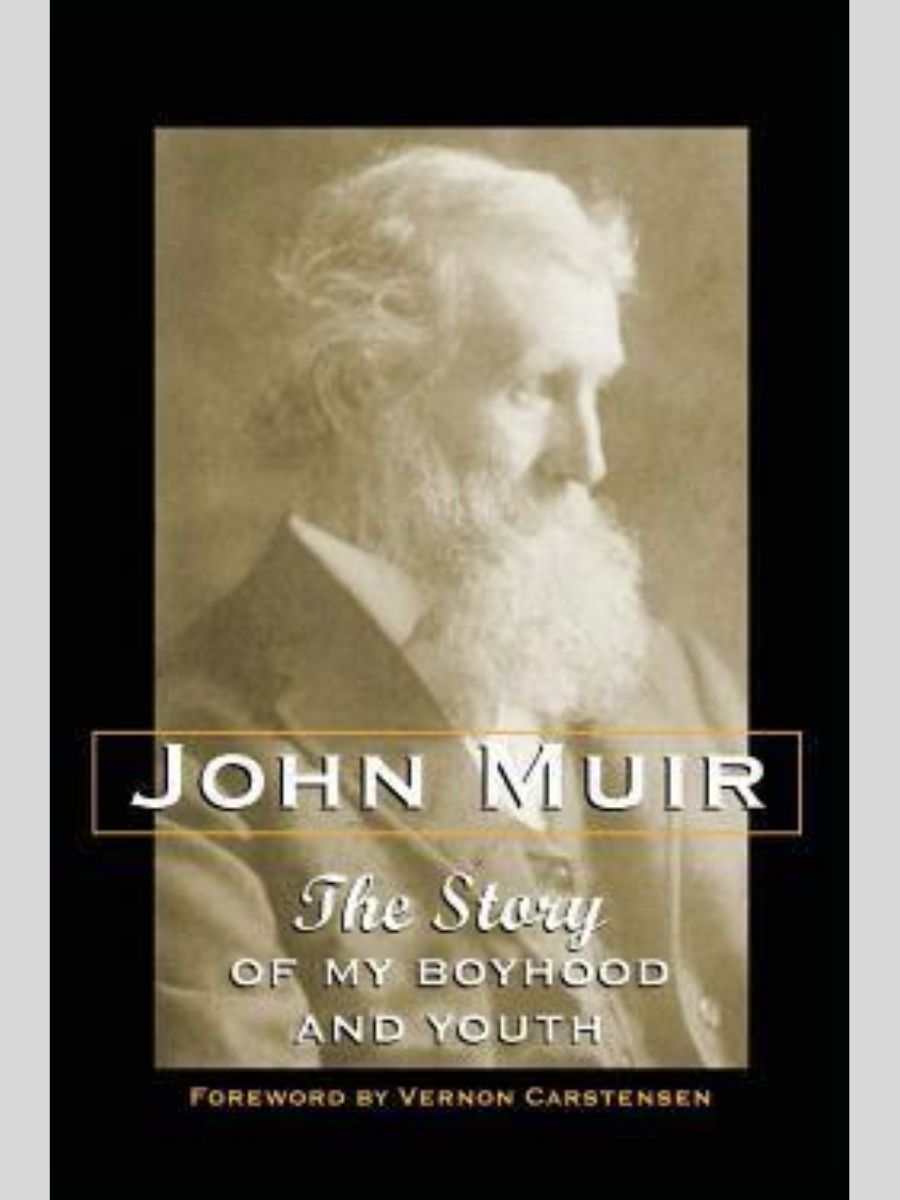 The Story of My Boyhood and Youth (Franklin County Public Library)

In The Story of My Boyhood and Youth, Muir recounts in vivid detail the three worlds of his early life: his first eleven years in Scotland; the years 1849–1860 in the central Wisconsin wilderness; and two-and-a-half most inventive years at the University of Wisconsin during that institution's infancy. 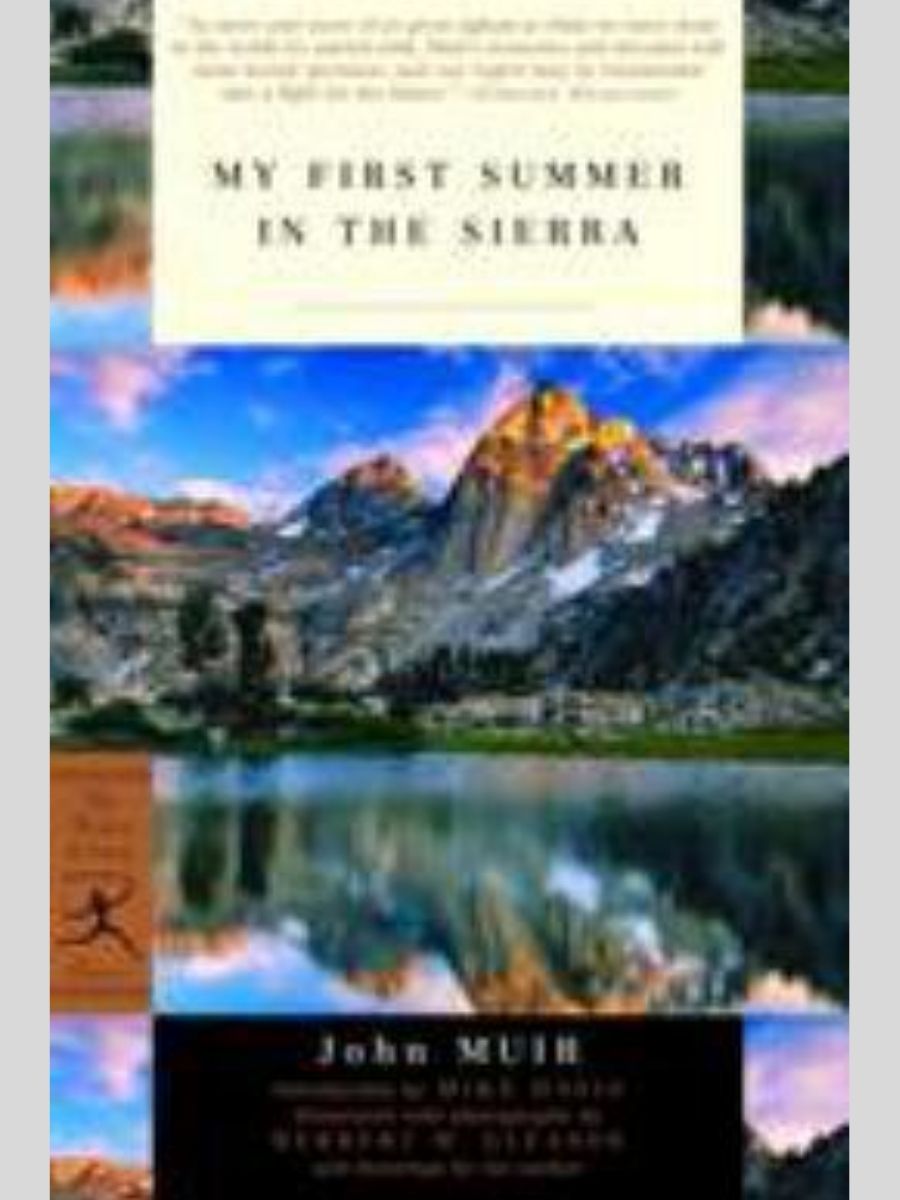 My First Summer in the Sierra (Franklin County Public Library)

"My First Summer in the Sierra" is a naturalist's diary detailing an 1869 hike in Sierra Nevada Mountains. John Muir accompanied shepherds for four months, observing and taking notes about the nature of the Yosemite region and the High Sierra. 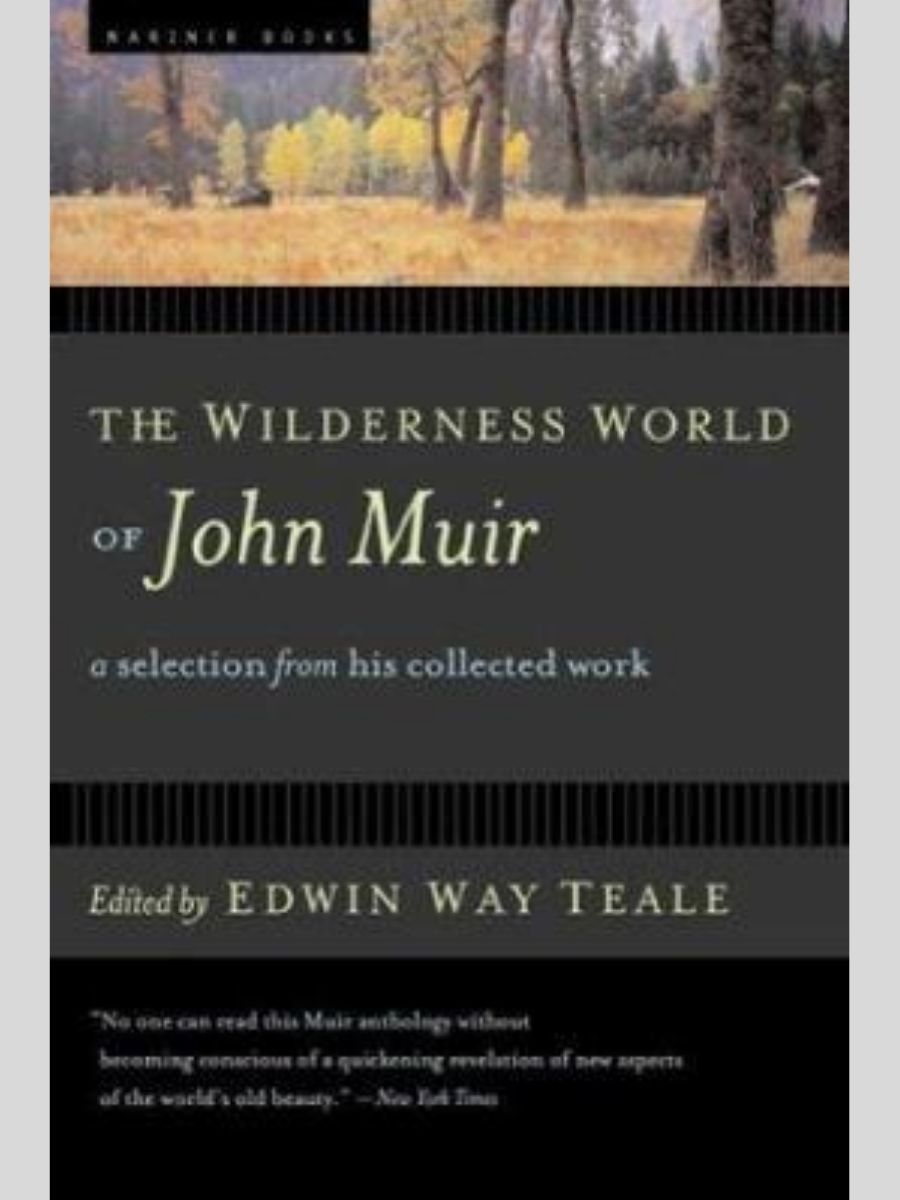 Edwin Way Teale has collected here the best of Muir's writing, selected from all of his major works, including My First Summer in the Sierra and Travels in Alaska . The Wilderness World of John Muir provides "reading that is often magnificent, thrilling, exciting, breathtaking, and awe-inspiring". 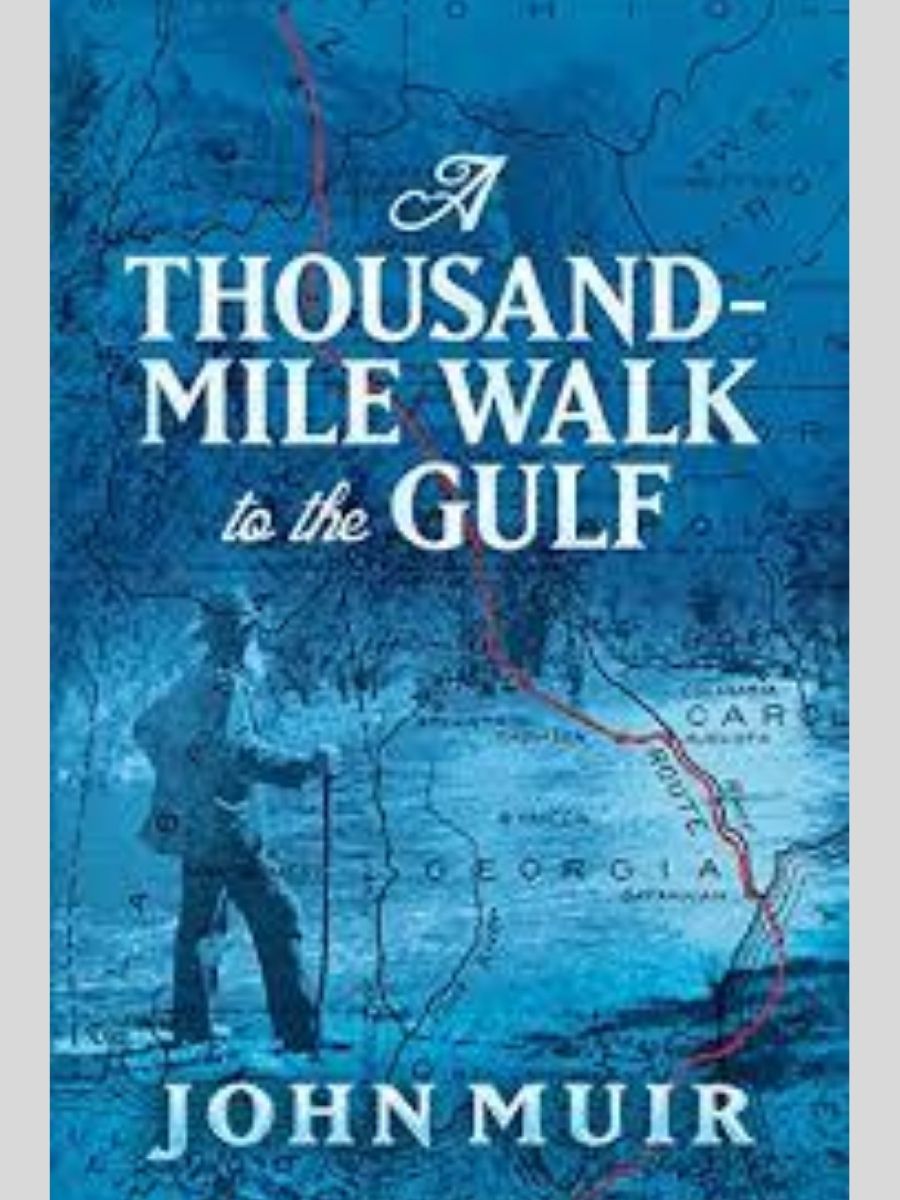 A Thousand-Mile Walk to the Gulf (Franklin County Public Library)

"A Thousand-Mile Walk to the Gulf" is a classic naturalist text set against the backdrop of the post civil war south. Scottish-born naturalist and writer John Muir undertook a daring adventure in 1867, just a few years after the Civil War.