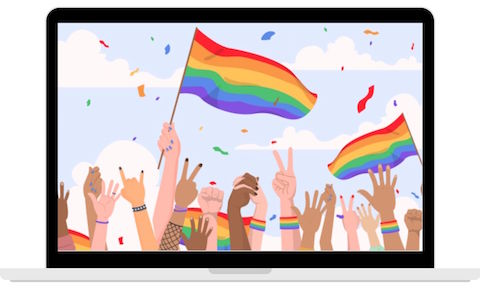 Lesbian, Gay, Bisexual, Transgender and Queer (LGBTQ) Pride Month is currently celebrated each year in the month of June to honor the 1969 Stonewall Uprising in Manhattan. The Stonewall Uprising was a tipping point for the Gay Liberation Movement in the United States. In the United States the last Sunday in June was initially celebrated as "Gay Pride Day," but the actual day was flexible. In major cities across the nation the "day" soon grew to encompass a month-long series of events. Today, celebrations include pride parades, picnics, parties, workshops, symposia and concerts, and LGBTQ Pride Month events attract millions of participants around the world. Memorials are held during this month for those members of the community who have been lost to hate crimes or HIV/AIDS. The purpose of the commemorative month is to recognize the impact that lesbian, gay, bisexual and transgender individuals have had on history locally, nationally, and internationally.

In 1994, a coalition of education-based organizations in the United States designated October as LGBT History Month. In 1995, a resolution passed by the General Assembly of the National Education Association included LGBT History Month within a list of commemorative months. National Coming Out Day (October 11), as well as the first "March on Washington" in 1979, are commemorated in the LGBTQ community during LGBT History Month. 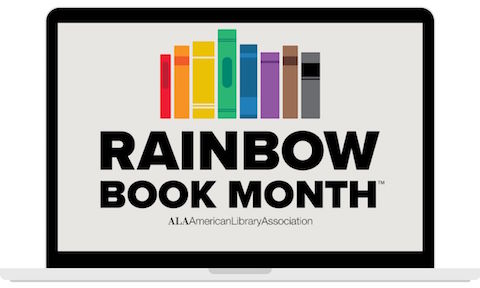 Rainbow Book Month™ is a nationwide celebration of the authors and writings that reflect the lives and experiences of the lesbian, gay, bisexual, transgender, pansexual, genderqueer, queer, intersex, agender, and asexual community.  As of 2020, GLBT Book Month™ (celebrated by the American Library Association since 2015) has been renamed Rainbow Book Month™, in coordination with the Rainbow Round Table's name change in 2019. Originally established in the early 1990s by The Publishing Triangle as National Lesbian and Gay Book Month, this occasion is an opportunity for book lovers and libraries with the very best in LGBTQIA+ literature.

Narrated by Melissa Etheridge. In 1969 the police raided the Stonewall Inn, a gay bar in New York City's Greenwich Village, leading to three nights of rioting by the city's gay community. With this outpouring of courage and unity the Gay Liberation Movement had begun. After Stonewall, the sequel to Before Stonewall, chronicles the history of lesbian and gay life from the riots at Stonewall to the end of the century. It captures the hard work, struggles, tragic defeats and exciting victories experienced since them. It explores how AIDS literally changed the direction of the movement. The two films, Before & After, tell the remarkable tale of how homosexuals, a heretofore hidden and despised group, became a vibrant and integral part of America's family, and, indeed, the world community. Featuring Dorothy Allison, Michael Bronski, Rita Mae Brown, Barney Frank, Barbara Gittings, Arnie Kantrowitz, Larry Kramer, Craig Lucas, Armistead Maupin, Leslea Newman, Barbara Smith, and many more!